FARTHOUAT AVOCATS has established its reputation for 50 years in the field of civil and criminal litigation. Composed of ten lawyers, the Firm has extensive expertise in complex litigation with a national and international dimension. Its practice, reactive and agile, of the law as a weapon of negotiation and conflict resolution helps its clients to manage in complex situations, the balance of power and the crisis situations with which they are confronted.

The firm is also recognized for its ability to defend and advise its clients mainly French and foreign companies (industrial groups, SMEs/SMIs, investment funds, banks) and public actors/entities in all areas of business law and economic and social law, than in pre-litigation, litigation, arbitration and mediation.

Founding member of an international network – ALLIURIS – which brings together, in Europe and around the world, firms that share the same requirements and values, FARTHOUAT AVOCATS supports its French and foreign clients in in their transnational issues.
Its permanent presence before the courts and the control and supervisory authorities and his involvement in professional and ordinal institutions are the basis of his practice as a lawyer and contribute to the notoriety of the Firm.

FARTHOUAT AVOCATS is a firm independent and on a human scale whose partners and collaborators know how to multiply their efficiency by their complementarity. 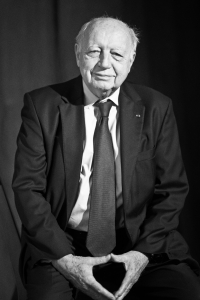 Jean-René Farthouat is the founder of Cabinet Farthouat Avocats. He excelled in complex and sensitive litigation, of a criminal, civil and commercial nature, which has earned him regular appointments as an arbitrator or expert, in France and abroad. Qualified by the specialized press as a "great strategist" and a "monument of business criminal law", he was one of the greatest figures of the Paris bar. "Exclusively a lawyer", he was one until the end of his life, continuing to work and pass on to the members of his cabinet, his high standards, his independence of mind and his great liveliness.